The 2017 WA Sports Star Awards were held on Thursday 8 February at Optus Stadium, where over 700 people gathered to recognise those who stand out within the WA sporting industry.

Community TAB was sponsor of the Official of the Year Award after having worked closely with WA Sports Federation and the Department of Sport and Recreation for many years.

Community TAB proudly presented the Award to the very worthy winner, Kelly Hoare. Kelly is a BWF Certificated Umpire, which is the highest qualification in the badminton umpiring world. And she's got a wealth of experience too - World Championships, Olympic Games, Sudirman Cup, Thomas and Uber Cup, Super Series and Super Series Finals - she's done them all, and always with class! Kelly is also passionate about community sport and developing local technical officials in WA, and is often seen officiating and mentoring and assisting others at our state events.

Speaking of 2017 highlights, those in the badminton world still talk in revered terms about the Badminton World Federation Women’s Final at the world championships between Japan’s Nozomi Okuhara and India’s PV Sindhu in Glasgow, Scotland last August. The epic 1 hour 50 minute battle, which featured a 73 shot rally in the second game, is now regarded as one of the best women’s matches ever played. And right in the middle of the action was Perth’s Kelly Hoare who umpired the contest. It capped a successful year for Kelly who was also in charge of the men’s singles final at the Celcom Axiata Malaysian Open, the women’s singles final at the Sudirman Cup on the Gold Coast and the women’s doubles final at the Australian Super Series. 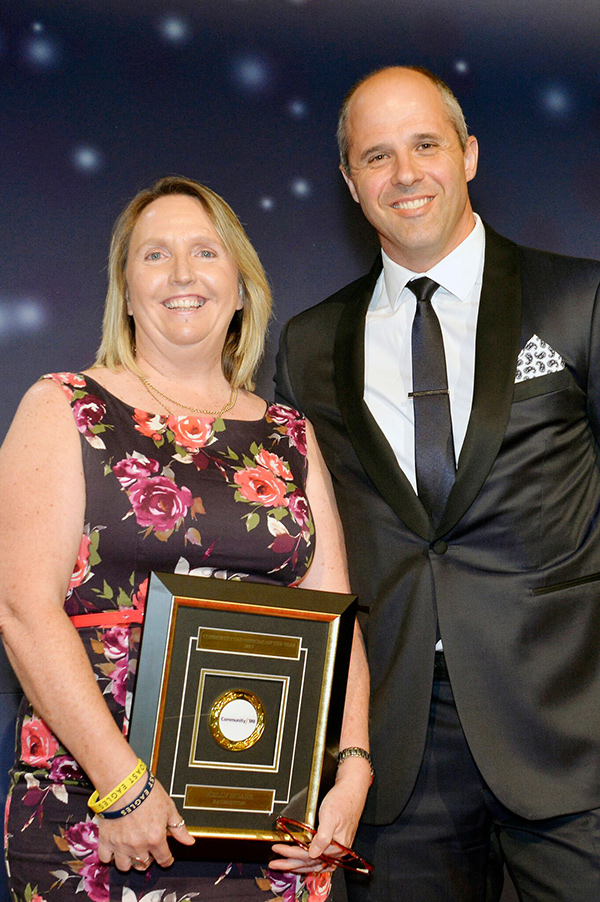